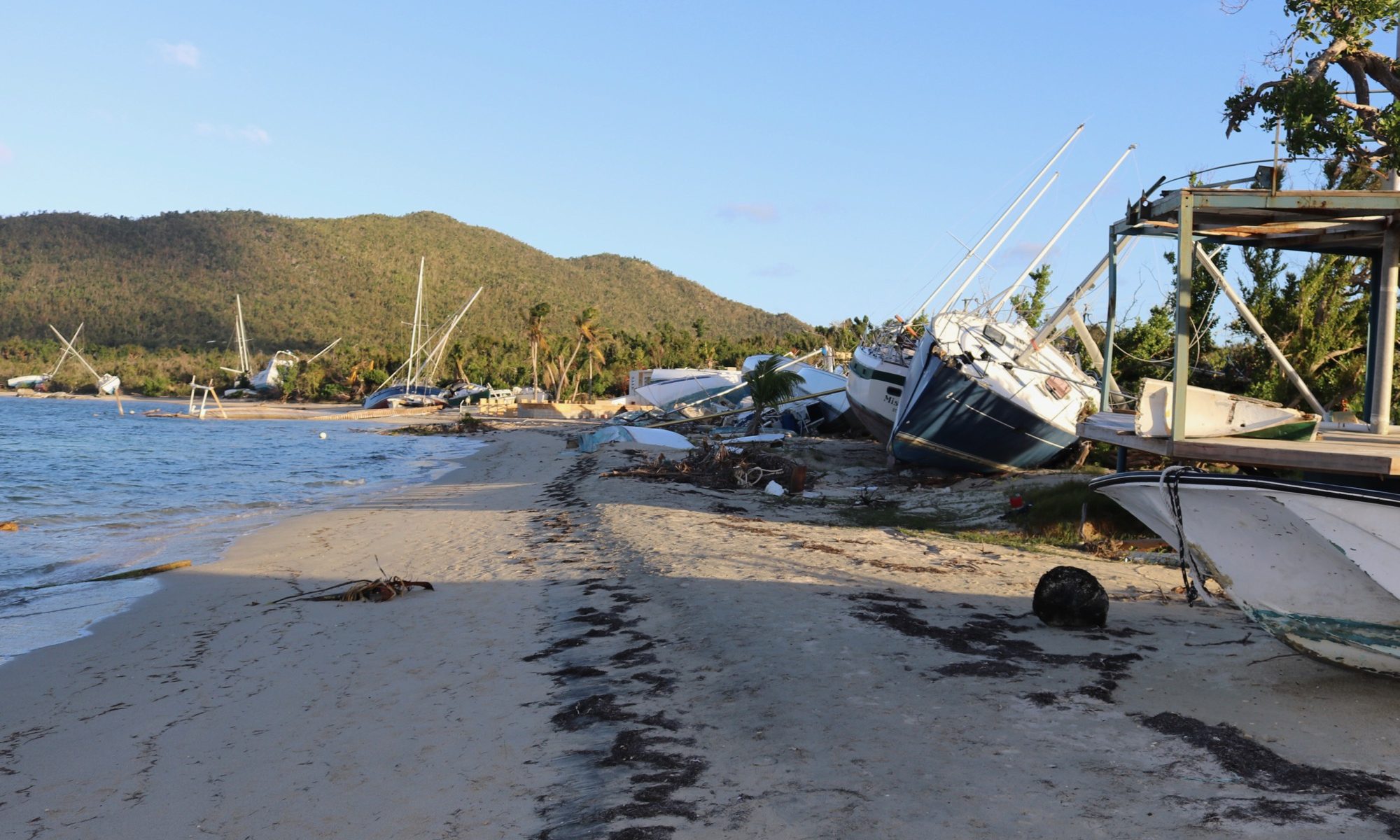 Hurricane Irma hit Tortola dead on with the eye of the hurricane passing right over Carrot Bay!  Thank God it occurred during the day light hours for the most part on September 6th, 2017.

Applesurf Villa along with most all of Apple Bay, Carrot Bay and Cane Garden Bay suffered severe flooding, 180 mph plus winds and a couple of hours of really big waves. Here is history of the storm.

Applesurf Villa flooded to the ceiling of the downstairs Ocean Mist suite with the new windows and doors exploding from the forces. Waves went over the top of the house!

Take a look at photos below. Hurricane Irma ripped the heavy Ipe wood sun deck surgically right off the house.

Other photos of the west end of Tortola in the year after Hurricane Irma. Apple Bay has been rebuilt for the most part. Soper’s Hole docks rebuilt and Harbor Market well underway. Bombas is the same, does not seem that it will be rebuilt, issue with the land owner. Otherwise, the island is back!